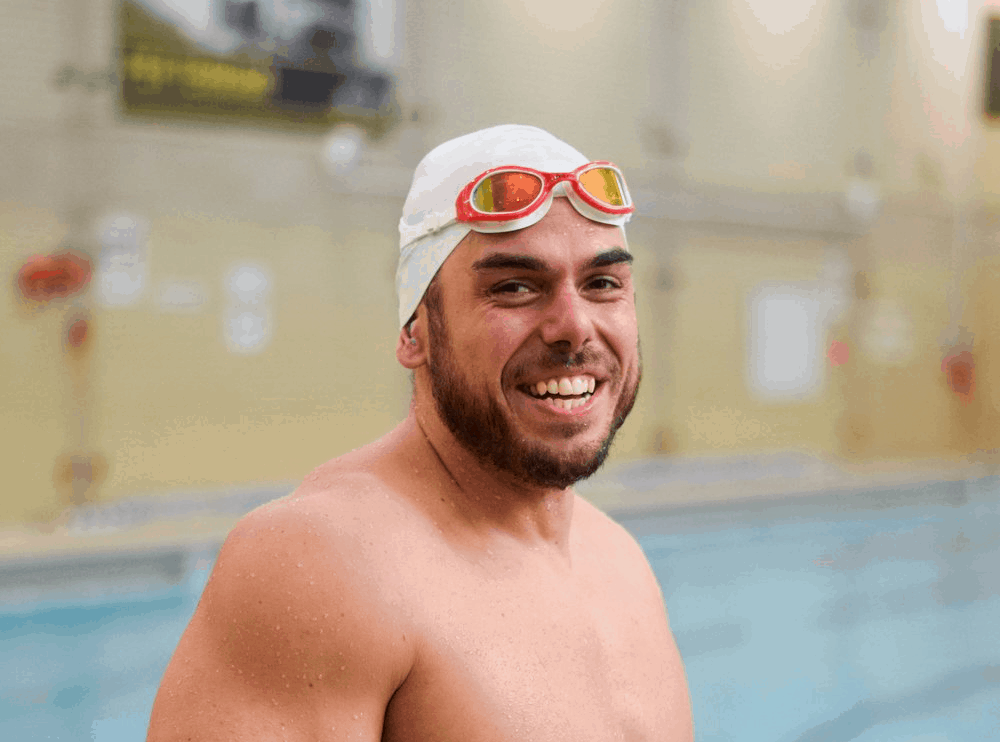 Ross Edgley has been on a monumental, life-changing adventure and has become the first person ever to swim around mainland Great Britain.

After a whopping 157 days at sea, Ross Edgley has returned to Margate, the same spot he began his journey. He’s managed to navigate his way around the UK (literally) on nothing more than his own will power and muscle strength. Ross rested on a support boat and didn’t step foot on land until the day he completed the day he completed the journey five months later. Keep reading to find out all about his inspiring journey and the important milestones he met along the way.

June – Setting off from Margate

On 1st June 2018, Ross began his trip by diving into the English Channel from the Kent coast. He was waved off by fans, family, and even the Mayor of Margate. He was off to a great start and made amazing progress on his first six-hour swim.

Next, Ross had to cross the Strait of Dover, a busy shipping channel with over 500 ships passing through every day. He was able to sprint across, completing the challenging just moments before a ferry crossed his path.

The first few weeks proved to be a challenge, with Ross suffering from ‘salt mouth’ due to all the salty water, resulting in chunks of his tongue falling off. He also developed severe neck chafing, which he tried to stop by covering his neck in duct tape and even swimming bare-chested, bringing him close to hypothermia.

After the Dover Strait, Ross then had to face Portsmouth Shipping Lane. He’d been given a 20 minute slot to cross, but minutes into the sprint the support boat broke down and he injured his shoulder. Ross had no option but to keep going, so he powered through the pain and was able to swim the 3.7 miles in the nick of time

After learning to cope with neck chafing and salt mouth, Ross was faced with another challenge. “Just when I think I’ve got this whole thing figured out… jellyfish!” says Ross. “The first one wasn’t so bad,” he explains, “but once I took, like, the tenth one, straight to the face…”

July – getting his first world record of the journey

“This is probably the most important point of the Great British Swim so far,” Ross says, when he became the first person to swim the entire length of England’s South Coast, taking him just 30 days. He also ticked off another record by swimming 16 miles in only 9 hours.

Setting another British Swimming Record, Ross managed to swim 60 miles across the Irish Sea. During this time, he completed his longest swim yet: 16.3 nautical miles in a single tide.

August – half way round

Ross reached the official halfway point at The Mull of Kintyre, having swum 877 miles past England, Wales, Ireland and Scotland.

On 14th August, The Great British Swim became the world’s longest staged swim. He passed the previous record of 73 days set in 1998. However, he needs to complete the swim otherwise it will be marked did not finish.

“Today, Scotland decided to spring a little bit of a surprise on me,” says Ross, having spent the morning swimming alongside a shark. “I’m still not entirely sure how I feel about sharing the swimming pool with a basking shark,” he explains, before getting back in the water.

When Ross reached John O’Groats, he’d beaten another world record by swimming 900 miles in just 62 days. Modest as ever, Ross explained “It honestly feels amazing but it was never really our intention. The pace and speed that we set was just necessary to try and get all the way around Great Britain in the weather window.”

Ross swam 60 miles across the testing Moray Firth in Scotland, trying to race against the easterly gales that were due to hit soon. At this point, he was spending more time swimming than sleeping.

Swimming back into England

Ross was of course excited and enthusiastic about making the cross back into English waters. It was a huge marking moment for him and offered a huge motivation boost.

The arrival of Storm Callum

When Storm Callum hit the East Coast on the day of Ross’ birthday, the team were forced to take refuge. “If you’re going to stop the Great British Swim for a storm, now’s a pretty good day,” says Ross, who spends the day wearing a Viking helmet. “I’m a year older, I’m a year wiser and I’m trying to practice being this chubby, old, wise, sea Buddha,” he joked.

On 4th November 2018, Ross completed his swim and became the first person to swim around the entire coast of Great Britain without setting foot on land once.